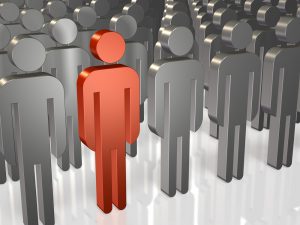 Unfortunately, it’s far too common that this step looks a lot like the following within small or mid-sized organizations:

CEO: OK.  Things seem to be stabilizing.  You guys should have an additional 50k to spend on lead generation next quarter.

VP Marketing: Great.  I think we can do some impactful things with that money.

VP Marketing: Good question.  Let me bring this back to my team, and we’ll identify a plan of attack.

[VP Marketing walks down the hall, stops by the cubicle of his Marketing Manager]

VP Marketing: So…good news.  Rick agreed to give us an additional 50k to spend on lead generation programs next quarter.

Marketing Manager: Great.  That will help a lot.

VP Marketing: Yeah, that’s what I said too.  Anyway, what do you think we should do with it?

Marketing Manager: Good question.  Let me call our pr agency and see if they have any ideas.  Oh, and I’ll check in with Ralph who handles our search engine marketing, see if he thinks he can expand the program with a larger budget.  And last but not least, I’ll check in with those guys from Socially Insane Marketing to see if they think some increased social media activity will drive some leads.

VP Marketing: Sounds good.  After you talk to those guys, let’s put together a 1-2 page plan and we’ll send it over to Rick, and we should be good to go.

Marketing Manager: Sounds like a plan.  I’m on it.  We should able to crush it with an additional 50k.

VP Marketing: Yeah, that’s what I’m thinking.  This is gonna be fun.

[VP Marketing wanders back to his office to see if today’s press release is 1st, 2nd or 3rd ranked in Google News when searching for the company’s name.  Marketing Manager checks on the company’s Facebook fan page and is pleasantly surprised to see that the company now has 37 fans, up from 33.]

OK.  So injected a little humor into that dialogue, but it’s not that far from the truth in some organizations.  The VP of Marketing and Marketing Manager are off to figure out what to do with their additional 50k in lead generation dollars, and the only stakeholder they’re worried about is the CEO.  Now, we’re all concerned about anything that ends up with CEO-level exposure, but this is NOT the right way to build your roster of stakeholders when creating a lead generation campaign.

Even though we’re just in the initial stages of this new endeavor, I am a big believer in over communication.  As the person that generally serves as the spokesperson for the marketing department, the VP Marketing ought to at least let the following types know about the potential of new lead generation programs:

There are other possible stakeholders, but I think you get the point.

I know what the VPs of Marketing out there are saying right now.  Mike, you want me to allow that many cooks into my kitchen?  That’s a disaster waiting to happen, and you’re insane.

That’s a fair statement, but that’s not what I am recommending.  I am recommending that you identify these people as stakeholders and share your initial goals and plans with them.  What’s the primary reason to do that?  So that they don’t become cooks in your kitchen later on!

In other words, over communicate now so that you don’t have to later.

As Right Source’s co-founder and CEO, Mike Sweeney creates, plans, and implements our vision, mission, culture, and strategic direction as well as serving as an advisor to our clients. Mike received a bachelor’s degree in business administration with a major in marketing from the University of Notre Dame and has more than 20 years of experience in B2B marketing strategy, including digital, content, and marketing technology. You can find Mike on Twitter and LinkedIn, or read his other posts.