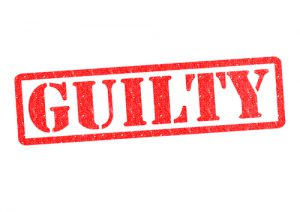 Not too long ago, I wrote a post about some grammar mistakes that can quickly ruin your good content. While there are plenty of grammar crimes out there I could have included in that post, those 10 were the ones that, frankly, annoy me the most. But there are certainly others that are pretty big pet peeves for me, and I got several comments from people who were pretty enthusiastic about grammar mistakes they believe should have been on that first list. So, I’m issuing part two, a second list of mistakes that I see all the time, along with some easy grammar rules you can apply so that your content is remarkable from this moment on.

1. Overuse of exclamation points — This one came from a comment, and I could not agree more!!!!! The exclamation point is for exclaiming something, like from the top of a mountain. It should be used very sparingly, so that when you really have something to exclaim, it is meaningful. Unless what you have to say would actually be worthy of a shout from a mountaintop, go with a period. If you have well-crafted, eloquent sentences, they should make an impression on the reader without an exclamation point.

2. Too, two and to — Too is an expression of excess, or is used to mean also, very or extra. It has one more “o” than “to,” so if you need to remember which one to use in a sentence like, “This blog post is just too good,” remember it’s the one with the excessive number of letters to represent excess. When you need to remember which version to use for also or very, think of a little kid whining, “I want to come, toooooooo.” The mental image can be helpful.

“To” is basically for all the other stuff. It’s used as a preposition (to the mall, to bed) and also when you use a verb in the infinitive (to write a blog post, to catch a mouse). Learn the rules for “too” and “two,” and this one falls into place.

4. It vs. They — There seems to be confusion about which pronoun to use when describing a company: it or they? The trouble arises because a company is an entity, but it is made up of people. How do you choose? It is generally accepted that a company is a non-living entity, so the pronoun “it” is used: “The XYZ Company was sold for $500 million. It will keep its headquarters in Seattle.” But, if you need to refer to XYZ Company’s directors, those are people, so the pronoun is “they.” “XYZ Company’s directors, who just laid off 1,000 workers, gave themselves a raise before they moved the company headquarters to Hawaii.”

5. Capitalizing job titles — People like to capitalize their titles, maybe because they are proud of them. I can understand that, but the correct method is that you only capitalize a title immediately before someone’s name. “Vice President of Marketing Joe Smith was quick to point out the grammatical mistake.” But “Joe Smith, vice president of marketing, quickly pointed out that he had nothing to do with the grammar in that piece.” And if you just talk about the 12 things Mr. Jones did while he was the company’s president, you don’t need to capitalize his title. I swear. I know it looks weird.

6. What goes inside the quotes? The period and the comma. Always. Please don’t put them on the outside — ever. Question marks and exclamation points are a different story. They go outside or inside depending on whether they refer to the whole sentence (outside) or just what is inside the quotes (inside).

7. Lead vs. led — Lots of people confuse this. “Lead” rhymes with that thing on your shoulders when it refers to the soft and malleable metal once found in pencils (really that was always graphite, but that’s another post). “Lead” rhymes with “seed” when you’re at the front of the cool bloggers line at school. But if you were once at the front of that line and now you are at the back (sad times), then you need the past tense, which is “led.”

8. Less vs. fewer — Use “fewer” for things you can count, but use “less” to quantify something you really can’t count. Example: “I wish we had less stuff in this place.” Saying “fewer stuff” makes no sense. But, “Please put fewer dishes into the dishwasher next time,” is the way to go. And those signs in the express lane at the grocery store: “15 Items or Less”? WRONG. Should be “15 Items or Fewer,” because you have to count your items or you get the dirty look from the lady behind you.

9. Over vs. more than — Over is the opposite of under. It shouldn’t describe number or quantity. If you want to tell someone how many or how much or how long, use more than. “We’ve written more than 500 blog posts, and things just aren’t sinking in.”

10. Irregardless — I used to say that this wasn’t a word. Sadly, it has made its way into many dictionaries as “non-standard,” so yes, I guess it’s a word, in the same way that words like “Bouncebackability” and “Frankenfood” are now words in some dictionaries. They’re words, just not good ones. Don’t use “irregardless” if you want to be taken seriously. The word to use is regardless. Even Merriam-Webster’s says so.

As I mentioned in my last post, get yourself some good resources to fall back on when you just don’t know what to do about a grammar quandary. The Associated Press has a great style manual, and there are a bunch of websites to help you if need that quick fix.

But following these rules (and the first set) should have you well on your way to writing error-free, grammatically correct content. Have any grammar crimes that you think I should have included? (I can create “Crimes Against Grammar #3.”) Let me know in the comments below.

Get other tips for creating great content and jumpstarting your business in, “How to Grow Your Business with Content Marketing.”

Yvonne Lyons is Right Source’s vice president of creative services, overseeing content and design for all of our clients. She ensures that all creative produced at Right Source is of the highest quality and is aligned with our clients’ business strategy and goals. Yvonne received a bachelor’s degree from the Johns Hopkins University in writing and literature and has more than 20 years of experience in marketing, branding and communications. You can find Yvonne on Twitter, connect with her on LinkedIn or read her other posts.