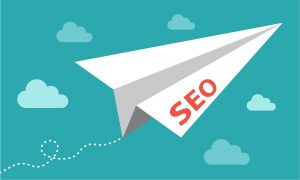 Every company says it wants growth, just like every content marketer says they’re data-driven. As senior vice president of digital strategy and insights at Right Source, it’s my job to develop effective content marketing strategies using data insights and content to drive growth. But in my previous SEO roles at high-growth organizations, we often needed to think very differently about how we approached SEO, to the point where content marketing took on a whole different meaning.

The story I’m about to share includes both success and near catastrophic failure. It happened at a company where we managed to take top-line annual recurring revenue from $200,000 to $25 million, and I led a team that produced year-over-year double-digit organic search volume growth for eight straight years, with little to no paid media spend. At one point we were creating and publishing 600 new pages of unique content every 20 days.

Yeah, you read that right. Six hundred new pieces of content. Every 20 days.

Yet all was nearly lost. I don’t mean to sound overly dramatic about it, but for years I was driving from New Jersey to Virginia every other week and sleeping in the CEO’s basement, just me and the cat. When I finally moved into a hotel, I felt like the company had made it (although I later learned how much the cat missed me).

Producing that much organic SEO growth isn’t easy, that’s for sure. This is a story mostly about an enormous amount of highly strategic and very hard work. But it’s also a case study in high-growth SEO strategy in the high-pressure tech environment. Like all good SEO stories, it starts with a business problem.

The tech sector often has its own way of thinking about growth. Our mandate wasn’t just double-digit growth, it was 30-40 percent growth year over year, while maintaining a very short gross margin payback period (GMPP). That mandate for high-growth at low cost basically ruled out spending money on paid media.

We had to rely on organic search.

Our product helped small businesses move from paper to digital. We wanted to take all the paper forms around the world used to capture information and replace them with software that would simplify processes and reap additional benefits for businesses in terms of tracking and analytics.

My key performance indicator, the metric I tracked obsessively for nine years, was simple: new trial signups. But how would we reach enough people with organic search to deliver a funnel large enough to produce the kind of growth we were aiming for?

Let’s say you’re a mining safety inspector in Australia, and you need a form to perform a safety inspection. You turn to Google, and boom — you would find. At least that was our goal.

It was a monumental task. There was a lot of uncertainty, and there was even a moment when I thought the entire strategy we’d bet on would go down in flames to a Google penalty. It was essentially the ultimate long tail SEO strategy.

The first question: where to start?

Long tail keyword research: start with what you know

Imagine walking into a massive warehouse. It contains every one of the paper forms used for business in the world. Construction proposals, HVAC work orders, field service time cards, auto inspections, mining equipment safety inspections. You name it.

Now let’s imagine that the Form Gods had been kind and have even organized those warehouse documents by industry before our arrival. Still, where to start? Which industry?

For the 14 years prior, I had worked at a printing company. I was the product and marketing manager of a $150 million printing business, so I knew what types of forms sold well. I decided to start there, and then look at industries where the paperwork was similarly endless: construction, retail, manufacturing, energy, and healthcare.

Then, the research started. I analyzed the companies that signed up for a free trial of our software. If I saw that they were, say, from the roofing industry in South Africa, I began to research whatever was unique about roofing documentation in South Africa. I had to learn what was unique about that particular job, industry, and place, and from that research I produced what I needed: use cases.

Very, very narrow use cases. Which meant very low search volume. It wasn’t just construction or manufacturing. It was food manufacturing in Australia, with specific codes and ways of doing things.

The ultimate long tail SEO strategy we were pursuing was also one where existing keyword research tools couldn’t help. We had gone beyond the data even tools like Ahrefs or SEMrush could provide.

Our use cases and the keywords which accompanied them were so specific, if I’d tried to put them into an enterprise-level tool I wouldn’t have gotten any data back to work with.

Actually, the problem I was dealing with was incredibly common. A lot of companies feel that ranking in search engines requires too much effort. That it is simply too competitive. There are 2 trillion searches made on Google annually.

But, do you know what percentage of those searches have literally never been searched before? Fifteen percent. Which means that it is highly possible that you can own searches that haven’t even been conducted yet, to the tune of 300 billion new searches a day.

Everyone talks about long tail keyword strategies — but just how long tail are you willing to go? We were committed to going long indeed. Doing so means knowing the nuances of what long tail content marketing means in the industries your business is serving. It’s a higher effort approach — which requires a real willingness to get comfortable with the investment that approach requires.

But first, we had to create the content. Every month, I’d come up with use cases based on the industries we were targeting and the new trial signups I was watching. We hired a researcher who spent 80-100 hours a month on the Internet looking for every document that could fit the use case.

I would whittle what she found, narrowing the list until we got to 600. Then, another team would convert those documents into apps which lived on our online store, with a title, and a description. Our work was also aided by an outside content marketing agency (you guessed it: Right Source Marketing).

To make matters more difficult, the diversity of language people used to describe these forms was all over the place. We needed to recognize not just what the document was, but how people searched for that document—what language they used. This is where a tool called MarketMuse came in. MarketMuse is an AI-assisted keyword research tool. It looks at the entire Internet and makes the semantic connections that can point you toward the language being used to describe the original keyword. And it could suggest how to write a piece of content that would speak that language.

It was invaluable in making sure our work was driven by science as much as it was by experimentation and gut instincts.

Our strategy was working — but unevenly. About 5-7 percent of our new content was generating 80 percent of the revenue. It was the 80/20 Pareto Principle on steroids. As you might imagine, this created a lot of awkward conversations with leadership, especially with our CFO.

He would look at the money we were spending to put up 600 pages every 20 days, and noting that only 6-7 percent of it was “working.” But the truth was more nuanced than that. With content marketing, it often is.

Around that time, I was doing one of my bi-weekly drives down to Virginia when I heard a radio segment about iTunes. This was before they moved to a subscription model, so most of the revenue was coming from users purchasing individual songs. At the time, iTunes had 50 million songs in its catalog. Guess what percentage of them drove 90 percent of revenue?

The answer is three. Three percent.

You think anyone was looking at the iTunes store and arguing that Apple executives were wasting their time putting the other 97 percent of the catalog onto the store? The answer is no.

What I grew to understand about SEO is that content has a bell curve: 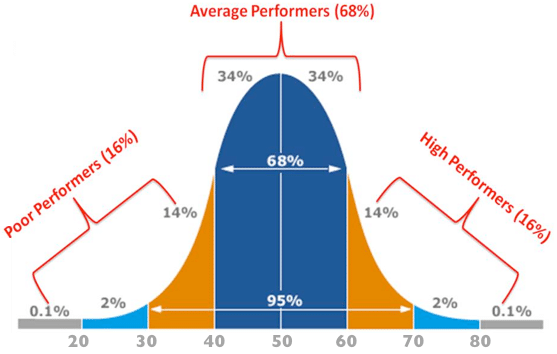 The middle of the curve was our high volume stuff: purchase orders in high-volume sales environments. But the mining safety inspector in Australia operates on very small volume.

This had profound implications for how we thought about SEO strategy.

The bell curve meant that some of our keywords were so long tail that we would actually exhaust the market. And that meant our data on traffic, engagement, and conversion would eventually drop off, not because the content had stopped working, or because Google changed its algorithm, but rather because our strategy had worked so well that there were no more Australian mining safety inspectors left.

But that was ok. It just meant we had to get comfortable with a lot of the content not working, and get comfortable with the content that did work one day ceasing to work because we had exhausted the market. Meanwhile, it also meant that sometimes we created content that didn’t perform, but then one day the market moved to us and old content would get a sudden boost.

And then, one day, it all almost came crashing down.

Google duplicate content (and the worst call of my career)

It was a Sunday afternoon, and I was at the deli counter of a ShopRite in West Orange, New Jersey, when I got the call from my CEO. Our website had been hit with a Google duplicate content penalty for several landing pages. The fix itself was easy, in principle, but the danger was massive. What it came down to was that we could lose all our positions on Google, which meant our entire business could be flagged and downgraded.

To explain how we fixed the issue requires a brief detour into the Google business model. Hold on, because to understand why Google is, well Google, is to understand that content marketing for SEO isn’t some rigged set of secret rules that requires a PhD to navigate. SEO isn’t a game Google has set up for everyone to cheat on.

Ultimately, Google’s interests are the searcher’s interests. If a plumber searches for a residential plumbing estimate form and gets a form that appears as if it were written for a landscaper, Google as a company has failed. That’s why we’d gotten penalized.

To achieve the kind of double-digit growth we did for so many years requires raising the bar on quality with every piece of content you produce, whether that’s a single white paper, or the thousands of individual landing pages we had to create.

That’s what makes content marketing work and what leads to high-growth SEO: quality. Or, in our case, quality at a massive scale. And what is quality? For us, and likely for you, it means attention to your users and customers: their use cases and their problems, as well as the language they use to describe those problems.

It’s both as simple, and as hard, as that.

To discuss how Right Source can help your organization execute a high-impact content marketing strategy, contact us today.

Mike Benedict is Right Source's SVP of Digital Strategy & Insights, and works with clients to build out their content marketing plans and ensure their SEO is fully optimized. He also heads up our Reporting & Analytics team. Mike received a bachelor's degree in economics from Southern Methodist University, and his masters in global business from the Thunderbird School of Global Management. He has more than 20 years of experience in B2B Marketing, having worked for several startup and publicly-traded companies focused on SMBs.